Foreign Direct Investment - All you need to know about FDI

Foreign Direct Investment - All you need to know about FDI

Foreign Direct Investment (FDI) refers to an investment in a company by an investor or a company located outside of its borders. It refers to the purchase of an ownership stake or outright purchase of the organisation for expansion. An FDI can be made in many ways, including by taking over control of an existing company or by opening a subsidiary in another country.

Companies can have various reasons for investing in foreign companies. Most of the time, an FDI is made with the goal of expansion in a foreign market, secure access to cheaper resources, or for skipping stringent government regulations.

So how does foreign direct investment work? Usually, investors look for a company to invest in a specific country, say, to expand its operations. After an investment occurs, it usually results in a significant stake of ownership being transferred to the investor/company. There is also usually a transfer of expertise in different areas, such as technology, with the primary purpose being not just financial ownership but enhancement of operational efficiency.

Based on how a merger or acquisition takes place and the nature of the foreign direct investment, here are the main types of FDI:

In a Horizontal foreign direct investment, the investor company establishes the same business it conducts in its home country in a foreign country. For example, the setting up of a US-based food chain in Japan. It is the most straightforward and common kind of FDI investment.

In a vertical FDI investment, a business conducts expansion into a foreign country by moving into a different level of the logistical process/supply chain. However, this level is still related to the investor company’s main business. For example, outsourcing meat production for a fast-food chain to another country.

When a business acquires an unrelated business in a foreign country, it is called a conglomerate FDI. In this case, the expansion of the business takes place across different industries, like the expansion of a food chain into manufacturing through an FDI. Conglomerate foreign direct investment expansion effectively helps companies in entering industries.

A platform FDI investment refers to a model wherein the business is expanded into a foreign country with the output being exported to a third country. This is usually done to avail the benefit of lower cost areas or entering into standard/free trade areas.

FDIs can be in any above-explained categories or a combination where different models are followed for different investment goals. The model depends to a considerable extent on the short and long-term goals of the investor/investing organisation.

What is the Difference Between an FDI and an FPI?

Foreign Portfolio Investment (FPI) includes buying securities and other financial assets from a foreign country. Where an FDI may sometimes not be a worthwhile investment depending on one’s resources and end goals, FPIs offer accessibility and usually offers good returns.

Some of the key differences between an FDI and an FPI are:

- An FDI enables high control, whereas an FPI does not require a high degree of control.

- Most of the time, an FDI investment is long-term, whereas an FPI can be both short and long-term, with most people investing for the shorter run.

- An FDI is a direct investment into the company, whereas an FPI is usually indirect.

- Where an FDI requires high involvement and the transfer of financial resources, technology, expertise, etc., an FPI only entails capital flow into another country.

Routes through Which India gets FDI

India obtains foreign direct investment through either –automatic or the government route.

The automatic route does not require prior approval. It includes sectors such as medical devices, agriculture and farming, manufacturing, and insurance.

On the other hand, the government route requires approval from the Government of India, the Foreign Investment Promotion Board (FIPB), and the Ministry of Finance for the investment to occur. It places restrictions on the sector as well as the entry routes for the investors. This includes sectors such as banking, mining, print media, food product retailing. Even a few sectors are outright prohibited from FDIs, including gambling/betting businesses, tobacco products, and the generation of atomic energy, amongst numerous others.

How can I invest through an FDI?

The most accessible and standard method to invest visa-vie an FDI would be through investment into the securities listed in a different country, most commonly shares.

Which country sees the most FDI?

Only a few years ago, China overtook the US to be the country that sees the most foreign direct investment annually.

Is FDI a good or bad thing?

Foreign direct investment is usually good for the economy – depending on how it is applied, controlled, and monitored within the country. 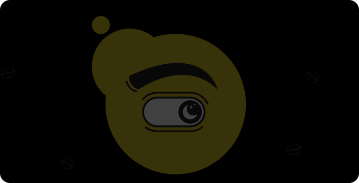 Investing
What are undervalued stocks and are they worth investing in?

Investing
What are non-current liabilities?
Previous

Investing
Return on Investment: What is ROI, Its Formula, Uses, Benefits and More
3 MIN READ

Market
Can you invest in US stocks from India?
5 MIN READ

Investing
What are undervalued stocks and are they worth investing in?
4 MIN READ
VIEW ALL BLOGS
About us
Trading Platforms
Our unique pricing
Referral program
Calculators